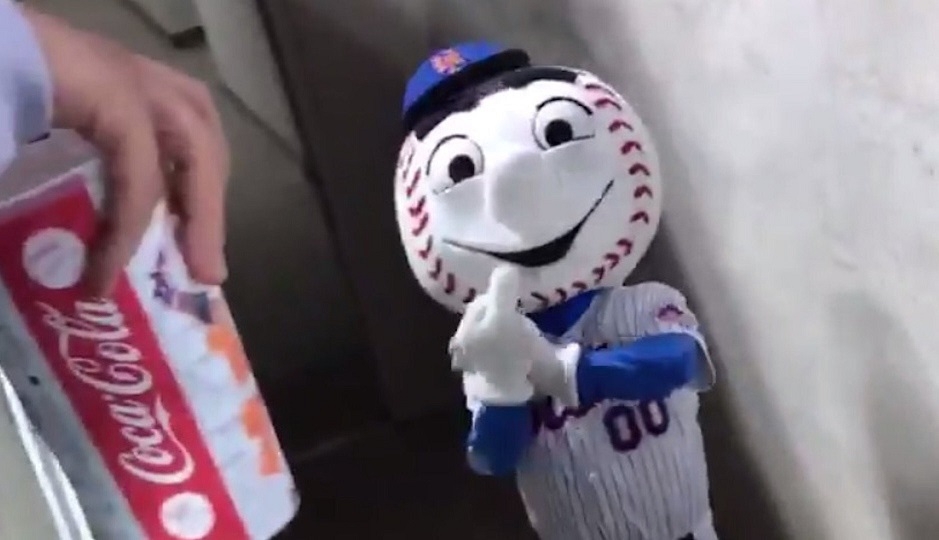 Employee out as Mr. Met mascot

NEW YORK — Even Mr. Met is frustrated with the team’s disappointing start.

New York’s funny-looking mascot flashed his “middle” finger at a fan during Wednesday night’s 7-1 loss to the Milwaukee Brewers, and the team says the employee who did it won’t work in the costume again.

A person tweeted video of the incident, which soon went viral online, and the club quickly issued a statement.

“We apologize for the inappropriate action of this employee,” the Mets said in an email attributed to the organization. “We do not condone this type of behavior. We are dealing with this matter internally.”

A Mets official told The Associated Press more than one person wears the Mr. Met costume during each season, and the person who donned it Wednesday night will not do so again. The Mets official spoke on condition of anonymity because the statement from the organization was the team’s only authorized comment.

Mr. Met, known for an oversized head with baseball seams, is among the sport’s most recognized mascots. Technically, he has only four digits on each hand – three fingers and a thumb.

Expected to contend for a playoff spot, the Mets are 23-28, hurt by injuries to ace starter Noah Syndergaard, closer Jeurys Familia and slugger Yoenis Cespedes.

After a win over Miami on May 5, the Mets tweeted a photograph of T.J. Rivera wearing the star-of-the-game crown in their clubhouse, and the background included the locker of backup catcher Kevin Plawecki and a clearly visible sex toy.

In another flap, Mets pitcher Matt Harvey didn’t show up for the next day’s game after a late night on the town, causing the team to suspend him for three days.