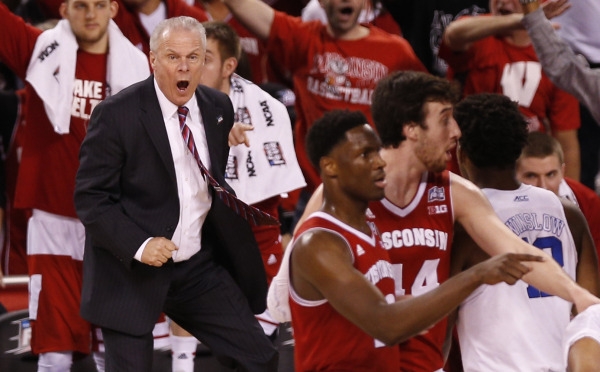 After 14 seasons with the Wisconsin men’s basketball team, coming off back-to-back Final Four appearances, Bo Ryan has announced he will retire at the end of next season.

“Back in the spring, in the days after the national championship game, [athletic director] Barry Alvarez and I discussed the possibility of me retiring. I’ve always been told that is not a decision to make right after a season is completed. Barry thankfully encouraged me to take some time to think about it and I have done that. I considered retiring this summer or coaching one more season.

“I’ve decided to coach one more season with the hope that my longtime assistant Greg Gard eventually becomes the head coach at Wisconsin. I am looking forward to another year with our program, including our players, my terrific assistant coaches, our office staff and everyone who supports Wisconsin basketball here in Madison, around the state and across the country.”

Ryan is 357-125 at Wisconsin, after taking over for Dick Bennett. Before that he was at UW-Milwaukee for two years and UW-Platteville for 15 seasons prior to that.