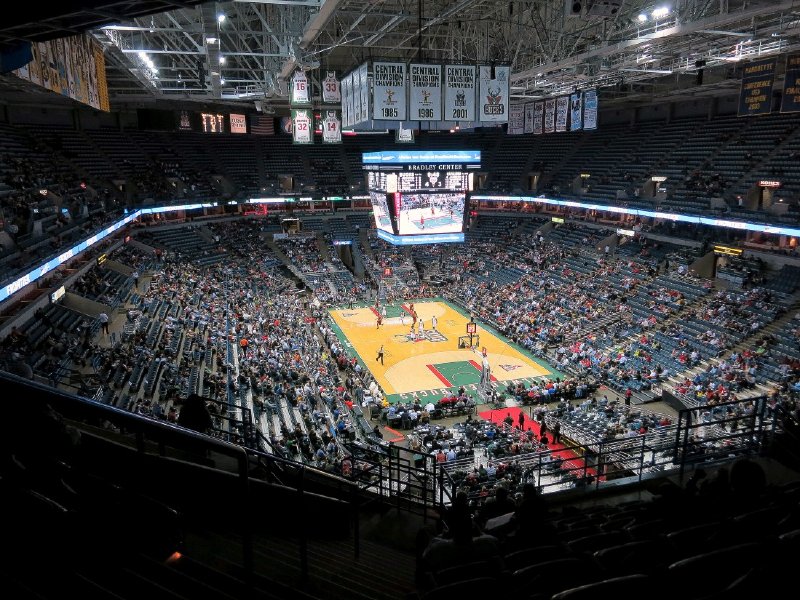 The Milwaukee Bucks have been sold for $550 million.

The Bucks will remain in Milwaukee.

Pending league approval of the new ownership, the next step is building a new stadium, which NBA commissioner Adam Silver demanded by 2017 – the same year the lease expires at the Bradley Center.

At a press conference announcing new owners Wesley Edens and Marc Lasry, the stadium was the hot topic.

The question now: Who pays for the other half?

Edens and Lasry have an estimated combined worth of $3 billion, according to Forbes. The Bucks were estimated to be worth $405 million. Kohl bought the team in 1985 for $18 million.

Edens said, “Similar arenas have been constructed for $400-ish miliion. That’s probably a pretty good benchmark. With the announcement today, you’re halfway towards it.”

Not “we,” but “you’re.” Possibly, as in, the city of Milwaukee or the state of Wisconsin, needs to come up with $200 million for a stadium.

“The goal would be to plan, design and get it funded in the next year or so and build it in a couple years,” Edens said. “That’s a reasonable timeline. This is Day 1, it’s just time to assess the situation.”

A state tax seems unlikely, as five Wisconsin counties are still paying for Miller Park through 2020 with a .1-percent sales tax.

Miller Park cost the public $290 million in 1996, which is the equivalent of $437 million in 2014, according to NBA.com. And that’s for the Brewers, a team most in Wisconsin like. The Bucks aren’t so popular right now … being the worst team and all.